An airworthy aircraft that has the looks of being a military machine but that is in fact a civil bird is called a Warbird. It is always a pleasure to witness old Harvards, Pipers and so on , as if they have never been discharged. These reports -not only of exclusive “warbird”-shows but also of airshows during which “warbirds” happened to be present- show that old airplanes never die… 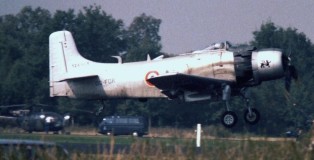 A few Warbirds also took part in the K.Lu Open Days at Eindhoven AB (NL) on September 19th & 20th , 1986 as you can see in this gallery. They were pictured by Hans.

END_OF_DOCUMENT_TOKEN_TO_BE_REPLACED 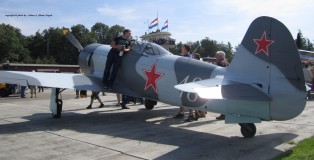 On August 20th another Warbirds-Fly-In took place , namely at Lelystad AP , organized by the Aviodrome Museum and Hans went to this enjoyable event. Especially the “real” Army Camps in World War II-style set up by volunteers attracted much attention as well as the musical shows from that era. Some interesting Warbirds did arrive of which the Lockheed P-38 Lightning certainly was the high-light!

END_OF_DOCUMENT_TOKEN_TO_BE_REPLACED 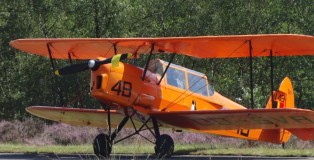 Zoersel/Oostmalle is a disused NATO airbase in Belgium (near Antwerp). It houses a small but very enthusiastic aero club and this club (called APCK) has a great track record when it comes to organizing warbird airshows. Although there were no fast jets participating this year it was a fantastic event; Frank was among the visitors and his pictorial report starts here.

END_OF_DOCUMENT_TOKEN_TO_BE_REPLACED 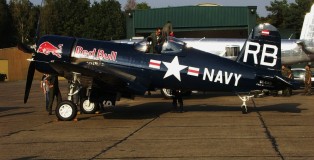 In September 2009 Kleine Brogel hosted the annual Tiger Meet; spotters were allowed to observe the flying activities on September 18th. Coincidently in the weekend following the nearby Sanicole/Helchteren Airshow was to take place; a number of warbirds that were to perform at Sanicole were temporarily based at KB , so Hans and Frank took the opportunity to take some pictures of them!

END_OF_DOCUMENT_TOKEN_TO_BE_REPLACED 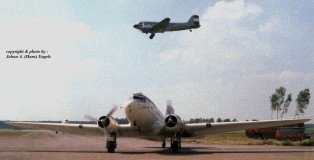 In 1985 it was 50 years ago that the famous Douglas DC-3 Dakota took to the air for the first time. Opportunity for a Golden DC-3 Jubilee-celebration , organized at Eindhoven Airport and bringing together five airworthy Douglas DC-3’s : some in civilian, others in warbirds livery . In this gallery Hans shows you some pictures he made on July 6th.

END_OF_DOCUMENT_TOKEN_TO_BE_REPLACED 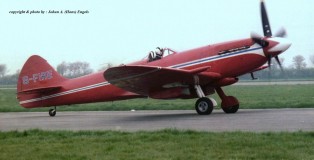 In 1985 it was forty years ago that World War II ended and therefore a special Liberation Airshow was organized at Rotterdam-Zestienhoven Airport on May 5th . Lots of Warbirds and historic aircraft were present and this gallery shows a selection of pictures, taken by Hans.

END_OF_DOCUMENT_TOKEN_TO_BE_REPLACED 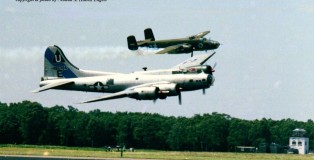 At least two Warbirds participated in the Airshow at Deelen in 1978 : the Mitchell and the Boeing B-17, both painted in USAAF-colours. Hans shows you the pictures he made of them.

END_OF_DOCUMENT_TOKEN_TO_BE_REPLACED 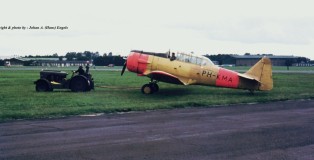 When Warbirds first took to the sky during the Sixties lots of them were kept in flying condition with their assigned civil registrations prominently visible .The (Lancaster-Spitfire-Hurricane) aircraft of the Battle of Britain Memorial Flight were among the first to be seen , painted  in military colours. In the Netherlands the first Warbirds were some ex-KLu -Harvards such as the ones in this gallery  , photographed at the Gilze Rijen airshow on August 26 , 1972 , with their PH-registrations prominently visible . Only in later years it became gradually more common to re-paint them entirely in (former) military colours but also then  warbirds could sometimes be seen with their civil-registrations clearly visible. END_OF_DOCUMENT_TOKEN_TO_BE_REPLACED