The F-27 was undoubtedly the most successful design of the Dutch Fokker aircraft factory and it was even built under license by Fairchild in the U.S.

This elegantly looking transport aircraft was mostly used by civil airlines and commonly called : “Friendship” , while  the military often used the name “Troopship”.

The Royal Netherlands Air Force acquired twelve F-27’s entering service in 1960 and they were serialled C-1 to C-12 , the last ones being phased out as late as in 1996. In these 36 years nr.334 squadron carried out many passenger and freight-transport flights to lots of destinations , but they were also used for special duties and even in aerobatics  by the “F-27 Display Team” , which was extraordinary for a transport plane !

Different colour-schemes were applied during its career : at first they were still uncamouflaged with “day-glow” , but this changed during the Seventies .In the final phase various  white and grey camo.-liveries were adopted  .

In this gallery we present you a selection of pictures of all twelve of the aircraft as we have seen them over the years.

(note that this type of K.Lu. aitcraft  has been frequently seen by us in active operational service , which is the reason for composing this photo gallery) 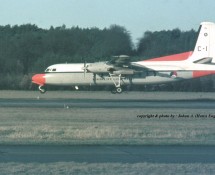 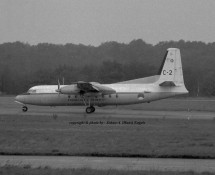 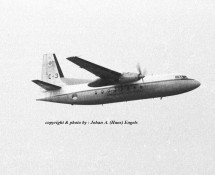 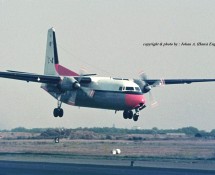 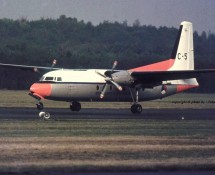 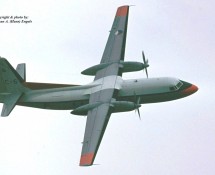 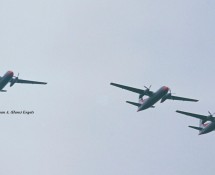 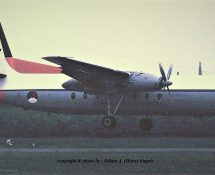 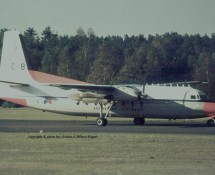 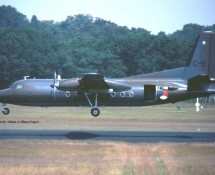 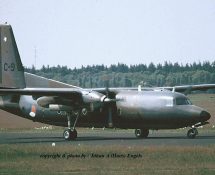 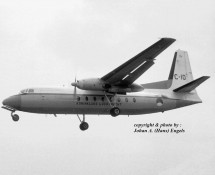 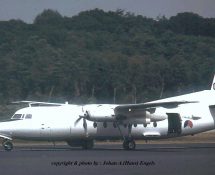 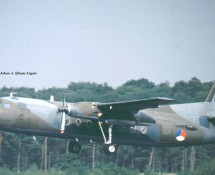 RF-84Fs of the Danish Air Force