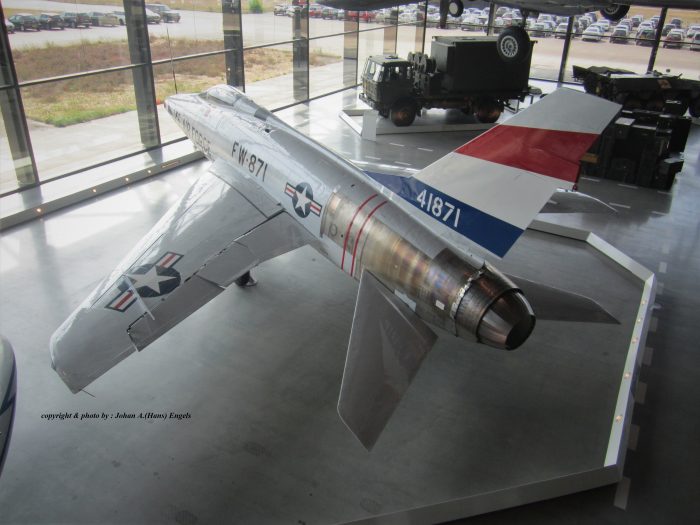 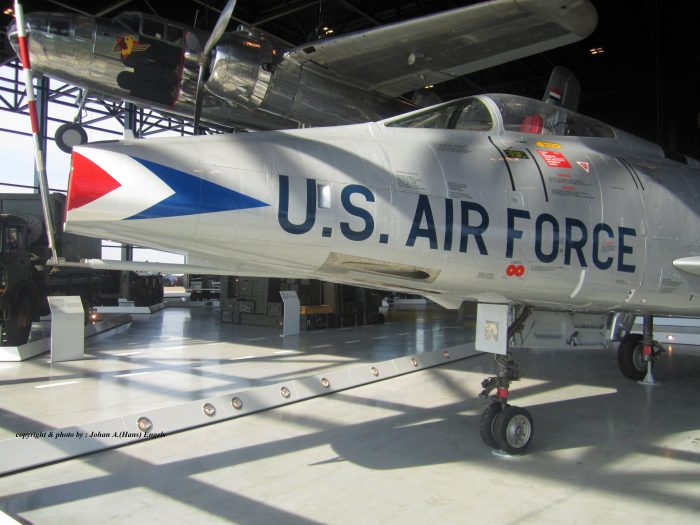 The particular aircraft that is now on exhibition in the National Military Museum has recently been splendidly restored. It is painted in 32FDS colours with red/white/blue tail. Originally , however , it belonged to the French Air Force with serial number 42265 and it arrived in the NL in 1997.

Through the years Hans took several pictures of this F-100 on different positions in and outside the buildings of the museum and devoted a special gallery to this marvellous airplane !