Norway never used the Thunderstreak, but it did aquire a number of the reconnaissance variant , the RF-84F Thunderflash.

The aircraft were in service from 1956 till 1969 and equipped only one squadron of the Luftforsvaret. Initially they were coded T-, but later the AZ- code was applied, AZ- being the code identifying no. 717 squadron based at Rygge.  All-in-all the Norwegians used 35 airframes. The Thunderflashes were replaced by the Northrop RF-5A. As per today a number of aircraft have survived, including the AZ-H (depicted in this gallery), which was photographed at Kristiansand/Kjevik in June 2013. 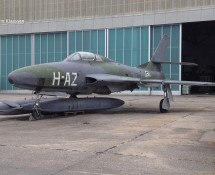 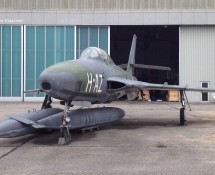 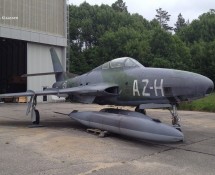 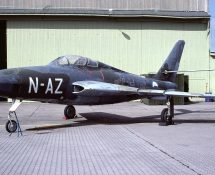 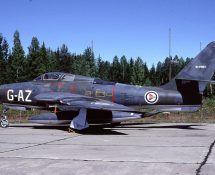 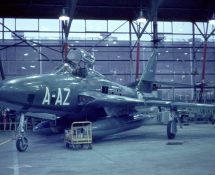